Over the past few weeks I've introduced you to the CQRS architecture that I typically use for the clubmanagement API's and how you can use the cache aside pattern combined with the store and forward pattern to create an occasionally offline client on top of these API's. 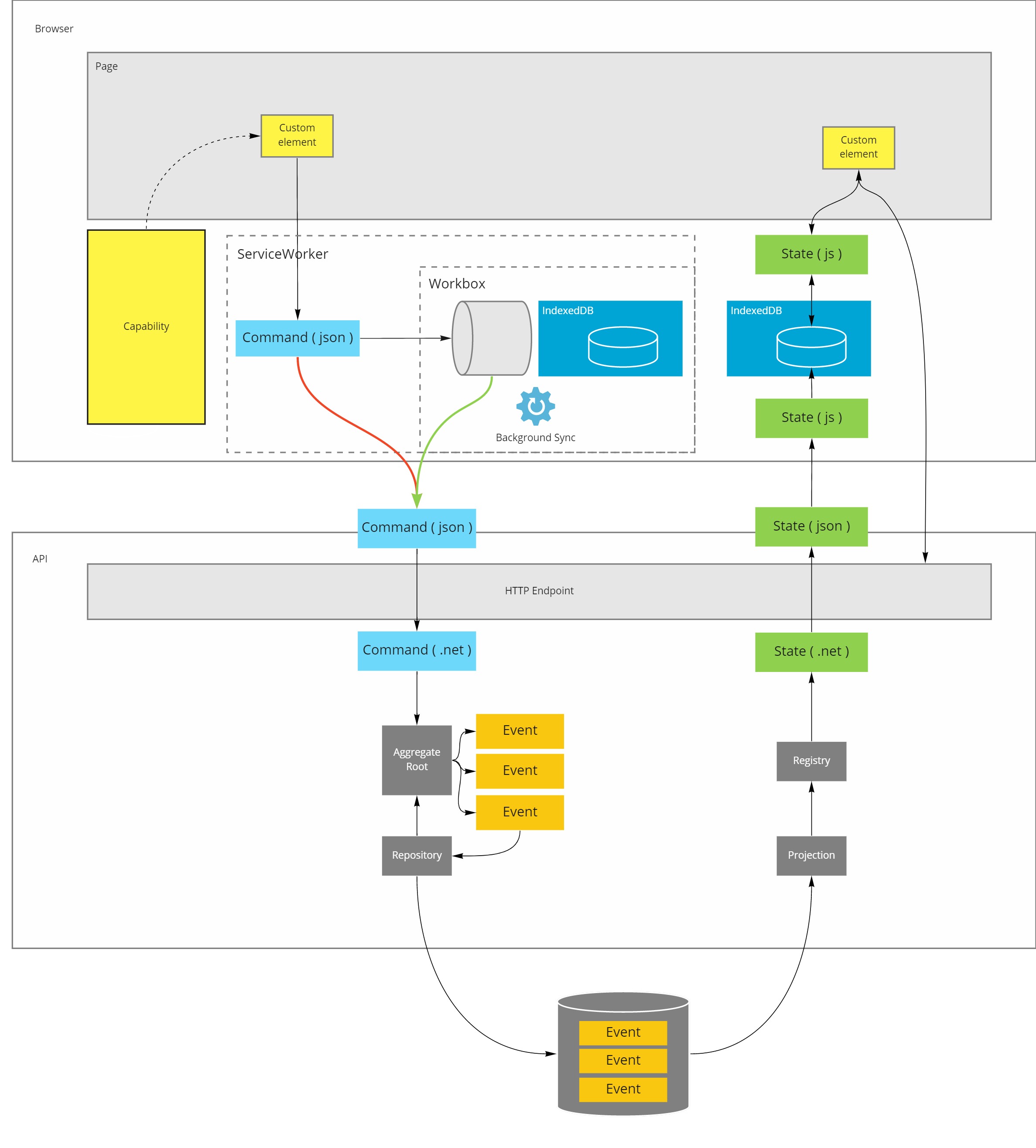 The inherent weakness of CQRS is the inconclusiveness of commands.

The longer it takes to learn about the outcome of a command, the higher the uncertainty, and thus an increased business risk of taking wrong decissions by the user.

To some extend you can deal with this increased risk, by modifying the user experience (e.g. telling them to wait for an email when the work is done), but such practices will come at a cost for their productivity.

To truly allow a user to work offline, for extended amounts of time, you have no choice but to move the server side logic into the client.

By applying the exact same patterns in an offline client as you would otherwise have used at the server side, will make that the client can go offline forever.

This design provides you a fully offline app, which can't go online, yet!

Fully offline applications will not be able to compete with the average Excel file though.

To be usefull, the changes made offline will need to be synchronized with the rest of the system whenever the application comes online again.

As events represent facts from the past that can never be undone, they are by definition immutable.

This makes synchronization easier as the act gets reduced to simple replication of new events. There can be no changes to past events, so those don't need to be synchronized.

To make replication possible, both the client and the API need to be prepared for it. So by definition this design can only be used for capabilities where the same team controls both the client as well as the API.

On the client, a replication component scans the eventstore for undispatched events and submits those, in properly partitionined batches, to the API.

Proper partitioning and batching, most likely per aggregate root, is important for server side conflict detection.

If a batch misses events from a stream or it contains events from other streams, it will be hard for the API to make sense of the replica set.

First of all the API should allow to download past events.

Next to that it should also accept replica sets, validate them and hand them over to the server side version of the aggregate root for conflict detection and resolution. 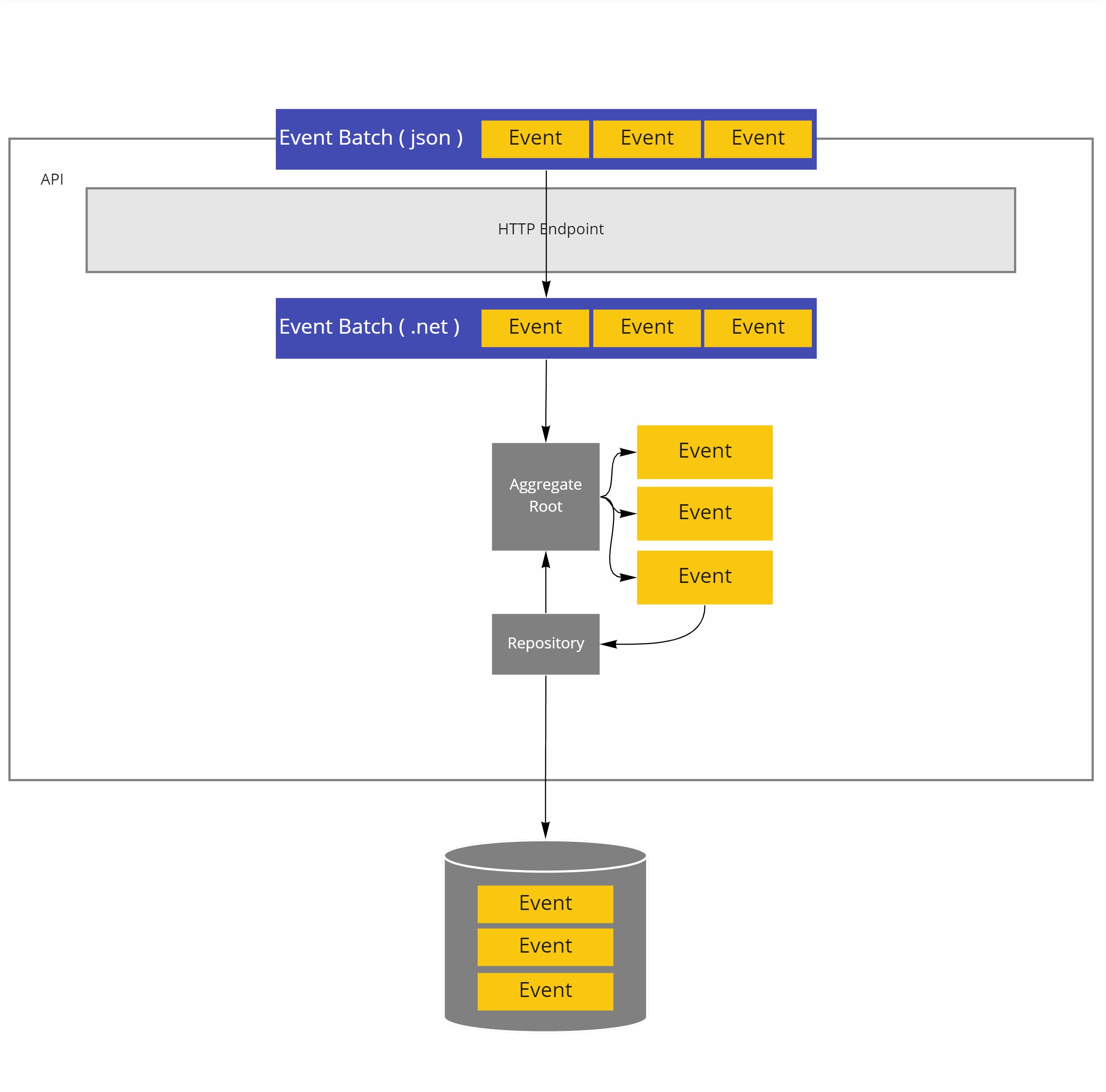 The only thing you can do with events is reject, reorder, or leave them.

In that sense event stream conflict resolution strategies are very similar to what you can do with git:

Downsides to this pattern

As with every architectural choice, the upsides are offset by some downsides. This one is no different: